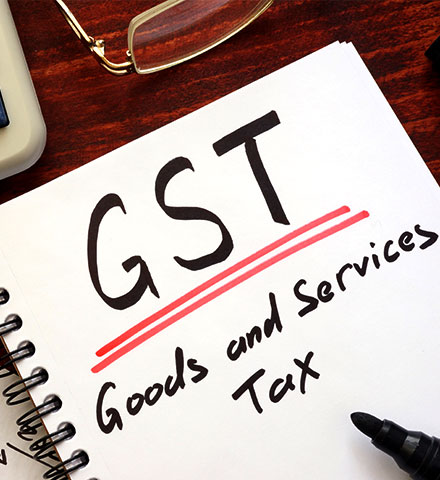 The GST journey in India began in the year 2017, and since then, it has come a long way in shaping our economy. All matters like registration, form filing, application for refund, etc. are taken care of by our skilled and efficient Chartered Accountants. It is our sole purpose and duty to take part in and to give way to a robust and open discussion surrounding accountable GST, increased transparency and the ensuring of taxation in an increasingly digitized and globalized world.

We are a vibrant Firm of Chartered Accountants with the objective of creating a single window for the entire array of financial services.

We believe integrity is the quintessential value that is the engine behind getting things done in the organization.

Professional integrity and independence is an essential characteristic of all the professions but is more so in the case of accountancy profession.

Goods and Service Tax (GST) is an indirect tax levied on the supply of goods and services. This law has replaced many indirect tax laws that previously existed in India. GST has mainly removed the Cascading effect on the sale of goods and services. Removal of cascading effect has impacted the cost of goods. This reduces non-compliance and enhances revenues. 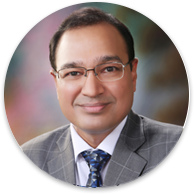 From our Team of Experts

Does aggregate turnover include value of inward supplies received on which RCM is payable?

Ans- No, as per the provisions of Section 2(6) of CGST Act, Aggregate Turnover shall not include value of inward supplies on which tax is payable on reverse charge basis. Thus, such amount shall not be included while calculating the aggregate turnover of the person receiving such supplies under this Act.

Whether aggregate turnover includes turnover of supplies on which tax is payable by the recipient under reverse charge?

Ans- Yes, Outward supplies on which tax is paid on reverse charge basis by the recipient will be included in the aggregate turnover of the person providing such goods or services.

Is an advocate providing interstate supply chargeable under Reverse Charge, liable for registration?

Ans- Exemption from registration has been provided to such suppliers who are making only those supplies on which recipient is liable to discharge GST under RCM. Since, the legal services provided by advocate are liable to be charged under RCM, an advocate will be exempt from registration if he does not provide any other supply which is chargeable to GST under Forward Charge Mechanism.

Is it correct that person dealing exclusively in NIL rated or exempt goods/ services liable to register if turnover > 40/20/10 Lakh?

Ans- There is no liability of registration if the person is dealing with 100% exempt supplies. Hence, the turnover limit of 40/20/10 lakh shall not be applicable on the person.

A firm dealing exclusively in exempted products has GST registration; does it need to file return?

Ans- A person dealing wholly in exempted supplies is exempt from obtaining GST registration irrespective of the specified limits for aggregate turnover. However, if registered, then you need to comply with the provisions and thus file the due returns even if it is a NIL return. Further, in such circumstance, you may choose to cancel your registration since you are dealing only in exempted products.

If I register voluntarily though turnover is less than the specified limit, am I required to pay tax from 1st supply I make post registration?

Ans- Once a person obtains GST Registration whether mandatorily or voluntarily he is required to comply with all the related provisions and return filing. Therefore, you would be treated as a normal taxable person and be liable to pay tax on each supply made on or after the effective date of registration.

Is separate registration required for trading and manufacturing by same entity in one state?

Can I register as a normal taxable person now and avail composition scheme later?

If I register under the composition scheme, can I opt out of it later? What happens to my stock if I do so?

Ans-Those opting for and complying with composition scheme can exit and opt for normal tax scheme anytime. They would be eligible for ITC on stocks available on the date of switchover in compliance with the provisions of section 18(1)(c ) of CGST Act, 2017.

Suppose I am in composition scheme in GST. If I purchase goods from unregistered person, then GST will be paid to Government by me or not?

Ans-Yes, you will be liable to pay tax on reverse charge basis for supplies from unregistered person. Further, the rate of GST shall be the normal rate and not the reduced rate allowed to the supplier under composition scheme.

The first mention about GST dates back to 2000 when the then Prime Minister of India, Shri Atal Bihari Vajpayee set up an Empowered
committee to draft a review on GST under the headship of Asim Dasgupta, the then Finance Minister of West Bengal. Since then GST has moved through different phases of consideration, modification and ratification spanning over a period of 17 years before getting launched at the stroke of the midnight hour on 30th June-1st July 2017 by the President of India under the name of the Constitution (One Hundred and First Amendment) Act, 2016. Promoted under the flagship of “One Nation, One Tax”, the historic move has been touted as the single biggest tax reform since the independence of India and has been symbolically considered as synonymous to the movement of political unification carried out by Sardar Vallabhbhai Patel during 1947-48.

After a wait of long 14 years, GST has been introduced in our country with effect from 01.07.17. GST, the biggest tax reform of the country, has subsumed various taxes levied by the Central and State Governments. It is expected that GST would re-shape our fast-growing economy and support Government’s endeavour to make India an easier place to do business.

GST is levied on every transaction of supply of goods & services except the exempted goods & services, Goods which are outside the purview of GST and transactions below the prescribed threshold limits. Businesses are required to file monthly, quarterly and annual returns and those with turnover exceeding INR 2 crores will also have to file audit reports.

At G. K. Kedia & Co., we make sure that you get the best Goods and Services Tax Consultants in India. We provide support in Goods and
Services Tax (GST) updates, advisory, consultancy in every aspect of the GST sector i.e. in laws & procedures, registration, record keeping, filing of statements/returns, refunds, representations, opinions, litigations, etc, audit, annual and transitional compliances.

With the implementation of GST law in letter in spirit coupled with the lack of proper knowledge among the taxpayers, there would be a spate of litigation coming in the near future which would require:

All of which can be taken care by our GST practitioners.