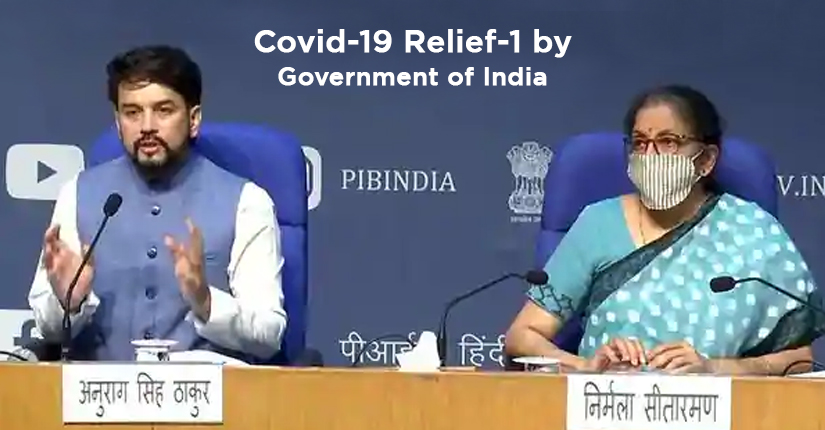 On 12th May 2020, Prime Minister Narendra Modi addressed the nation and to solace to the country, announced a whopping relief package of around Rs. 20 lacks crore amounting to nearly 10% of the nation’s GDP which compared to various developed nations is at par.

Following day, with the number of coronavirus cases soaring near the wistful and tormenting mark of 75,000, the Finance Minister of India, Smt Nirmala Sitharaman walked the stones laid by PM and announced details with respect to the erstwhile relief package of $266 Billion announced by PM Modi.

While addressing the press conference on 13th May 2020, Sitharaman shared the nuances of the package declared by the PM. This is the first of a series of press briefings by the Finance Minister in the coming days. “Beginning today, for the next few days, I will be coming here and present to you in detail, the package the PM announced yesterday. Our explanation will span over the next few days,” Nirmala Sitharaman said.

Quoting Prime Minister Narendra Modi from his Tuesday’s televised address to the nation, Nirmala Sitharaman said, “You heard the PM say that this is going to be rested on 5 important pillars – the economy, infrastructure, tech-driven systems, demography, and demand. The focus will be on what can be defined as factors of production in today’s language. Land, labour, capital, and enterprise.”

One of the major takeaways from FM’s Speech was the due diligence given to the Micro, Small, and Medium Enterprises niche of the country. Salient features of which are underlayeds: