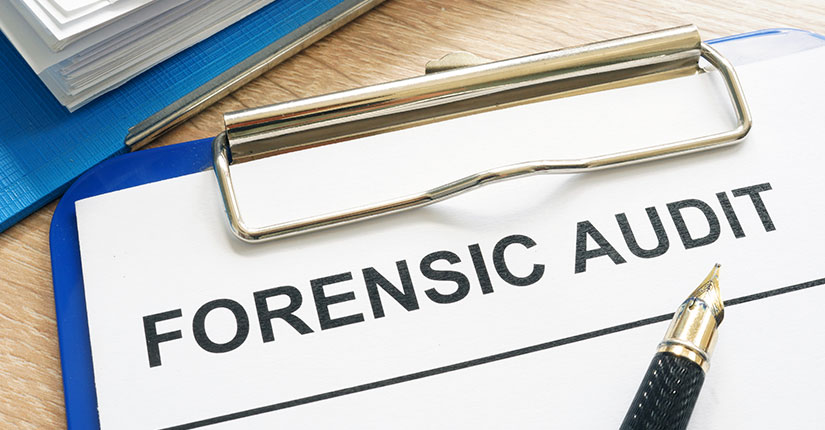 The term forensic comes from the Latin word called forensis. A forensic audit is an examination and evaluation of a firm’s or individual’s financial records to use them as evidence in a court of law or legal suit. It aids in the detection of fraud in the workplace in a high-risk environment. A forensic audit can be used to prosecute a party for fraud, embezzlement, or other financial allegations. Forensic audits necessitate knowledge of accounting and auditing procedures, as well as expert knowledge of the audit’s legal framework.

Why should a need arise to perform a Forensic Audit?
Forensic audit plays a critical role in assisting corporations to maintain efficiency and excellence by detecting, preventing, and regulating corporate fraud and favouring due investigation. On a broader scale, forensic auditing, as a combined effort of accounting and investigation, serves all five E’s of good governance, allowing corporations to cultivate and mature on the parameters of being “Effective, Efficient, Easy, Empowering, and Equity.” Various types of illegal activities can be discovered or confirmed by forensic audit investigations. If there is a possibility that the evidence gathered will be used in court, a forensic audit is usually chosen over a regular audit.

Sources of Forensic Audit
Under the following headings, the detailed position of laws and regulations addressing corporate fraud and assisting in achieving forensic audit.

How to Perform a Forensic Audit
The process of conducting a forensic audit is almost similar to other audits. These are like planning, collecting audit evidence, and writing a report, with the additional step of a potential court appearance.

Planning and investigation of facts
The forensic auditor and the entire team will organise their investigation at this stage to achieve core objective of the forensic audit such as finding of amount involved in fraud, determining the time period during which the fraud occurred and uncovering how the crime was disguised and other things which are necessary while investigation.

Collecting Evidence
During the course of forensic audit, auditors should keep one thing in their mind that the required documents and other evidences collected and are not intentionally or unintentionally damaged or altered as they help a lot to the clients in case of sue. The evidence gathered during the audit should be sufficient to establish the fraud.

While gathering audit evidences, it is necessary to take care of the mentioned below points:

Reporting
After doing all required things during the course of forensic audit a written report on the fraud will be deliver to the client having all in-depth details about audit which allow the users to proceed with filing a legal complaint.

CONCLUSION
Forensic audit is seen as a fast-growing sector in the detection and prevention of fraud and white-collar criminal activities. Specialist skills are not only needed in accounting and auditing, but also in legal framework assessment and fact-finding. Forensic auditing has major benefits, such as greater credibility, professional accounting, enhanced efficacy, and accuracy which help the users to deal with numerous loopholes in an organization and also help them to secure their misleading of funds.