Establishment of Project Office by Foreign Entities in India 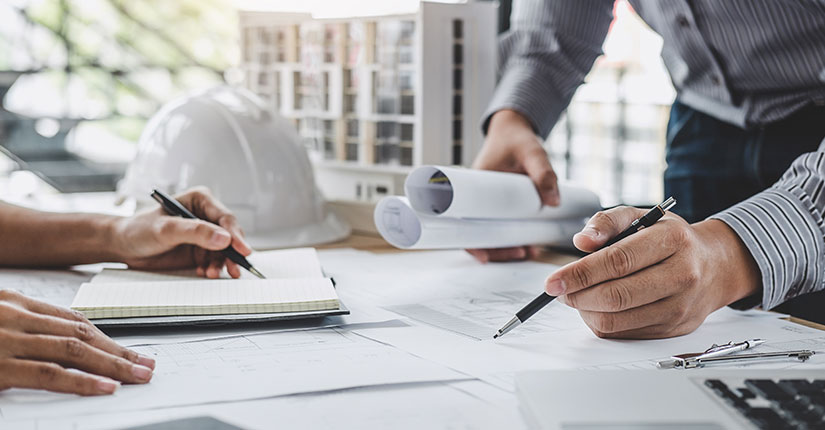 We, at GKKEDIA & CO. , are here to provide all the details you need to know regarding the Registrar of companies (ROC) & Reserve Bank of India (RBI) compliances in order to establish a project office in India.

Firstly, let us understand what is a “project office”:-
A Project Office (PO) means a place of business established to represent the interests of a foreign company executing a project in India. Such offices are prohibited from undertaking or carrying on any activity other than the activity relating to the execution of the project for which such office is established.

Foreign Companies who have been awarded a contract to execute a project in India, select the mode of execution of the project, through project offices duly registered with the Reserve Bank of India (RBI) and the Registrar of
Companies (ROC).

RBI Compliances for project offices regarding establishment eligibility requirements & reporting:-
According to the Foreign Exchange Management (Establishment in India of a Branch Office or a Liaison Office or a Project Office or any Other Place of Business) Regulations, 2016, notified by the Reserve Bank vide Notification No FEMA 22(R)/RB-2016 dated March 31, 2016, as amended from time to time:-

No person resident outside India shall without prior approval of the Reserve Bank open in India a branch office or a liaison office or a project office or any other place of business by whatever name called except as laid down in these Regulations.

A foreign company may open project office/s in India provided it has secured from an Indian company, a contract to execute a project in India, and

RBI has given general permission for opening of Project Office in India if the above conditions are satisfied. In this case, Authorized Dealer Category-I banks are empowered to grant approval.

A point to pay attention:- A person from Bangladesh, Sri Lanka, Afghanistan, Iran, China, Hong Kong or Macau opening a project office in India shall have to register with the concerned State Police Authorities. Copy of approval letter for ‘persons’ from these countries shall be marked by the AD Category-I bank to the Ministry of Home Affairs, Internal Security Division-I, Government of India, New Delhi.

A person resident outside India desiring to establish a project office in India shall submit an application in Form FNC (Annex C) to an Authorised Dealer Category-I bank who may, subject to the provisions of Regulation 5, grant approval as per the directions and/or guidelines issued by the Reserve Bank in this regard. In case no office is opened by the person resident outside India within six months from the date of approval letter, the approval for establishing the office in India shall be cancelled. In cases where the person resident outside India is not able to open the office within the stipulated time frame due to reasons beyond their control, the Authorised Dealer Category-I bank may consider granting extension of time for setting up the office by a further period of six months. Any further extension of time shall require the prior approval of the Reserve Bank in this regard.

Provided that approval of the Reserve Bank of India is not required in case where Government approval or license/permission by the concerned Ministry/ Regulator has already been granted. Further, in the case of proposal for opening a project office relating to defence sector, no separate reference or approval of Government of India shall be required if the said non-resident applicant has been awarded a contract by/entered into an agreement with the Ministry of Defence or Service Headquarters or Defence Public Sector Undertakings.

The applicant is a Non-Government Organisation, Non-Profit Organisation, Body/ Agency/ Department of a foreign government. However, if such entity is engaged, partly or wholly, in any of the activities covered under Foreign Contribution (Regulation) Act, 2010 (FCRA), they shall obtain a certificate of registration under the said Act and shall not seek permission under this regulation.

This has since been reviewed and as notified through Notification No FEMA 22(R)(1),
Accordingly, the Form FNC has also been suitably modified and the following phrase added under the heading ‘Declaration’ in Part II clause (ii), at the end of the existing sentence.

“We will not undertake either partly or fully, any activity that is covered under Foreign Contribution Regulation Act, 2010 (FCRA) and we understand that any misrepresentation made or false information furnished by us in this behalf would render the approval granted under the Foreign Exchange Management (Establishment in India of a branch office or liaison office or a project office or any other place of business) Regulations, 2016, automatically as void ab initio and such approval by the Reserve Bank shall stand withdrawn without any further notice”.

Remittance of Profit or Surplus:-
PO is permitted to remit outside India profit of the project net of applicable Indian taxes.

However, authorized Dealer Category – I bank may permit intermittent remittances by project offices pending winding up / completion of the project subject to submission of certain prescribed documents as below:-

Inter-Project transfer of funds requires prior permission of the Regional Office concerned of the Reserve Bank under whose jurisdiction the Project Office is situated.

Transfer of assets:-
A person resident outside India permitted under these Regulations to establish a branch office or liaison office or project office may apply to the concerned Authorised Dealer Category-I bank for transfer of its assets to a Joint
Venture/Wholly Owned Subsidiary or any other entity in India. Authorised Dealer Category-I bank shall be guided by the instructions laid down by Reserve Bank in this regard.

Annual Activity Certificate (AAC) regarding reporting:-
AAC from a Chartered Accountant showing the project status and certifying that the accounts of the project office have been audited and the activities undertaken are in conformity with the general/ specific permission given by
the Reserve Bank may be submitted by the project office to the designated Authorised Dealer Category-I bank.

ROC compliances i.e. the filing requirements:-
Every Foreign company is required to submit below documents to the Registrar of Companies for registration, within 30 days of the permission of RBI/AD Bank:

Rule 3(3) of the Companies (Registration of Foreign Companies) Rules, 2014 requires application in eForm FC-1 to be supported with an attested copy of approval from the Reserve Bank of India/AD Bank under Foreign Exchange
Management Act and the rules and regulations thereunder or a declaration from the authorized representative of such Foreign Company that no such approval is required.

And Rule 3(4) provides that in case of any alteration in the aforesaid documents the Foreign Company is required to submit a return in eForm FC-2 containing the particulars of alteration as per the prescribed format with the Registrar of Companies, within 30 days of any such alteration.