Impact of MLI on Indian Tax Treaties | Under International Taxation 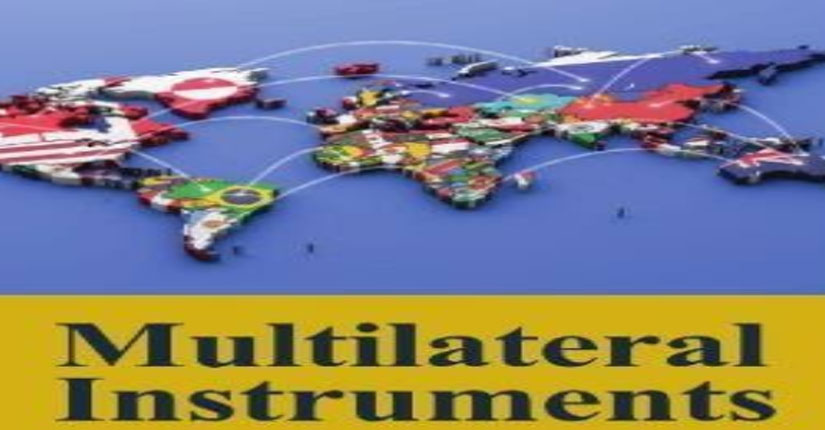 MLI (Multilateral Tool): A multilateral tool is a standard agreement / template, one of the components of the OECD BEPS Project, designed to help implement recommended measures to avoid tax breach abuse. The country will be able to use the MLI framework to make some of the BEPS applications related to dual tax agreements.

Why is MLI needed in the current situation?
Violation of tax agreements is an important reason for BEPS. MLI helps combat BEPS by using tax-related methods developed through the BEPS Project alongside existing tax agreements in a consistent and effective manner.

These measures help to combat

Brief History:
MLI is developed by Ad hoc team of 100+ powers. The tool is signed by developing and developing economies around the world and is open to any country. On June 7, 2017, a high-profile signing ceremony was held in Paris. India also participated in the event and became a signature to the MLI. The meeting was signed by Arun Jaitley, then-Minister of Finance and representatives from 65 countries

India Entry into mli and Ratifications
India Deposits Instrument of Ratification for MLI with OECD
India, amongst 67 countries had signed the Multilateral Convention (the convention/ MLI ) in Paris on June 7, 2017 to implement tax treaty related measures to prevent Base Erosion and Profit Sharing (BEPS) .

India’s assessment of the use of tax-related approaches:
On 25 June 2019, India filed its own instrument of reconciliation with its mandate under the International Monetary Fund (MLI), with its final MLI position on implementing tax-related measures to prevent land erosion and profit change (BEPS).

Agreements signed by India:
India has drafted a list of its 93 agreements in the final MLI positions. The MLI will take effect on any agreement from 1 April 2020 (eg fiscal year 2020-21) if: –

Benefits to India by Entering into MLI
Hybrid dysfunction:- The MLI introduces non-electoral arrangements to address disputes arising from differences in business tax division or provision under the laws of two or more countries. According to these provisions, no tax agreement benefits will be provided if the income is not recognized as resident benefit in one of the countries.

Breach of Contract Prevention:- To oppose the purchase of the contract, the MLI introduced a primary objective test (PPT), which is optionally installed with a simple benefit limit (LOB). Countries may opt out of this rule, provided they agree to other provisions that meet the minimum level of Base Erosion and Profit Shifting (BEPS) for anti-agreement abuse, such as detailed LOB provision and alternatives. In addition, the MLI uses certain anti-harassment provisions to address types of contract violations, such as the deduction of revenue from the benefits derived from subcontracted tax contracts by third parties.

Preventing Artificail Protection for Eternal Establishment Status:- The MLI provides an optional provision to reduce the limit of the Basic Agreement on tax agreements and the restrictions on the introduction of tax on non-resident businesses in the source country. Improvig Dispute Solution:

Dispute Solution:Improvig-
MLI aims to strengthen efficiency and harmonization compact process (MAP) to a lesser extent. In addition, the MLI provides an optional option for MAP mandatory design as a means of securing that agreement related disputes will be resolved within the allotted time.

The issue of the division of Indian tax contracts has become critical in order to reduce the tax burden on non-residents because according to Indian tax agreements, the tax rate on shares is usually set between 5% to 15% (permit rate); and under India’s domestic tax law, the tax rate on dividends is 20% (plus higher tariffs and applicable exemptions) for non-residents.

The MLI changes the application of those tax agreements by providing that when a limited amount is held in qualifying shares, the exchange rate benefit will only be obtained if such a participatory process is reached within a consecutive 365 days. With foreign investment coming into India, the effective effect of this MLI feature would be that the timing of the return on profits would need to be carefully considered in restoring the fair tax return from India.

Edge of Capital Gain Treaties:- Many tax agreements contain the provision of income tax for Indian profits when a company whose shares are transferred by a foreign shareholder receives its maximum value from immovable property built in India (immovable property). A constant local movement seeks to grant tax rights to the source country (in this case, India). However, as there was no inspection time window within which this static update would be tested.

The MLI seeks to curb such practices and amend the fixed asset provision for the provision of tax contracts by providing the following:
Capital tax will be deducted if the immovable item of property is met at any time during the 365 days prior to the transfer date (as opposed to being met only on the day of transfer); and a fixed asset supply will apply not only to shares in the company but also to “common interests,” which include interests in a partnership or trust. “Comparative Interests” can be translated and refer to instruments with equity features, e.g. a debt similar to equality.