How Can a Foreign Company Set-Up its Business in India? 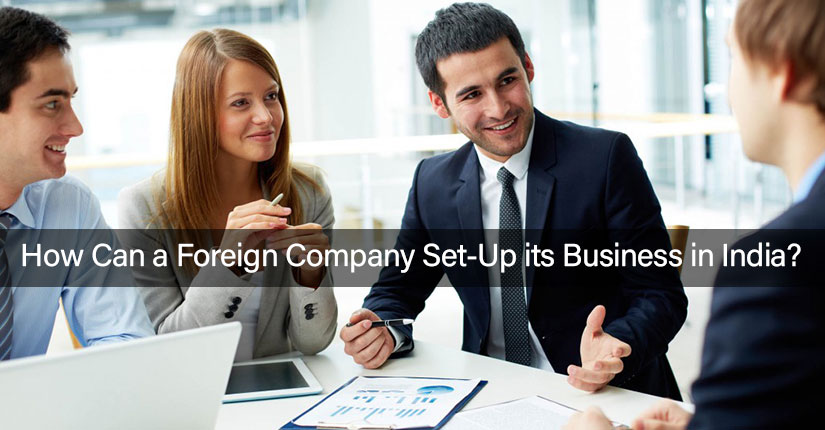 Population is blamed for a lot but it is also a reason for India being a great market place. It has rapidly growing demand which makes India a very attractive place for doing business. The Indian government has also taken steps to make it easier for foreign businesses to set up in India. When a foreign company sets up its business in India, it directly adds on to the economy by way of providing employment opportunities, advancement of technologies and providing quality products at competitive rates. There are numerous other advantages also.

Joint Venture refers to a planned partnership in two or more business entities with purpose of gaining a competitive advantage. Joint Venture with foreign company in India refers to planned partnership between two or more business entities out of which at least one is a foreign nation company. When a foreign company unites with any local company, it immediately reduces its time and cost of understanding an entirely different market. For Example- Suzuki Motor Corporation is a Japanese company. In order to establish itself in India smoothly, it entered India as a Joint Venture company. It joined hands with Maruti Udyog Limited which was already well established in India.

Limited Liability Company can be established easily in India by any foreign company and is highly preferred too. It gives the company a status of separate legal entity from its members and the foreign company can hold up to 99.9 per cent shares in the limited company. These companies have all major rights as of a national company. They are also eligible to raise funds. It is best suited for companies which want the high control and robust presence in their Indian establishment.

Formation of a LLP can be the best option for those foreign companies which are looking for advantages of both a private limited company and a partnership firm but it can be established only in sectors where RBI has permitted it. LLP must be incorporated on the MCA Portal to have a legible proof its existence in India. It is also eligible to buy or own property in India, remit its earnings outside India and produce revenue in India.

In simple words Liaison Offices is an office established to facilitate close working relationship between the parent company and the related business parties. A foreign company can establish its Liaison Office in India for ease of interaction, promotion of imports/exports and for cooperation between overseas and Indian companies. These offices face some restrictions as they are not allowed to conduct business activities in India and also they are not allowed to earn any income in India. RBI has prescribed a specific criteria for setting up a Liaison Office (Representative Office) in India, which are as follows:

When the application of the company is approved, RBI allots Unique Identification Number (UIN) to the Liaison Office (LO). As the Liaison Offices are not allowed to conduct business activities in India, they are also not taxable in India. They are taxable in their home country only.

The concept of Branch office, can be best understood from the example of Nestle India, a subsidiary of Nestle S.A. of Switzerland. It has four branch offices in India at Delhi, Mumbai, Chennai and Kolkata and is highly successful in Indian market.