Impact of Coronavirus on Logistic and Supply Chain 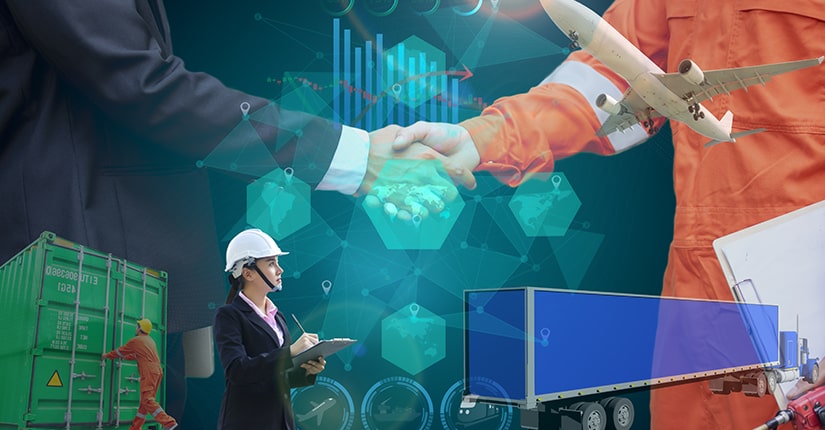 The growing threat of the coronavirus has created a serious risk to supply chains, as manufacturers and retailers face the possibility that suppliers will halt production, and they won’t be able to replenish run-down stockpiles.

According to Logistics Manager’s Index Report for February, both transportation prices and inventory levels are taking a negative turn, and we can expect the coming months’ indices to continue this downward pattern. Now is the time to revisit or create a strategy that supports an overarching long-term supply-chain strategy, so that when this pandemic is brought under control, you’re ahead of the game.

Many companies are diversifying sources from which they procure components or finished products to be less dependent on Chinese production, but it’s a slow process. It takes time to rework logistics and transportation routes, and build alternative fulfillment capabilities to accommodate the changes. Additionally, businesses have to anticipate new movement restrictions.

Most sectors are already feeling an impact, including pharmaceuticals, for which China supplies many drug precursors, and the fashion industry, where production for the autumn fashion season should be ramping up right now, but is at a standstill. In addition, any industry dependent on electronic components is being affected, as in the case of Apple and Samsung delaying delivery of mobile phones to consumers. There are already concerns over the availability of goods for the Christmas 2020 market.

Production isn’t the only issue; shipping is also affected. There are reports of backlogs building up on the Yangtze River; airfreight out of China is down, and ship operators are unwilling to visit Chinese ports thanks to the prospect of a viral outbreak on large but minimally manned container vessels. Avoiding China also reduces service to intermediate ports, such as Singapore. Meanwhile, empty containers are stranded in the wrong locations.

Businesses are doing what they can to mitigate the risks of disruption. It’s too late to start stockpiling Chinese goods, but businesses can load orders on to alternative suppliers, particularly where those located in other Far Eastern countries could be at greater risk from the virus while having similar stocks held up at ports. Even sources closer to home can’t be considered secure. Companies might consider bringing forward orders, even from suppliers in currently unaffected areas, before global prices rise. Conversely, buyers of goods whose prices are largely determined by metal and other markets may see opportunities to exploit depressed commodity prices.

The situation also leads to the stockpiling of unfinished products in assembly plants that are waiting for components from overseas. A manufacturer whose production is slowed or halted by the absence of one component still has other parts coming in. They’ll have to be stored, and security will be an issue.

There’s little doubt there will be another “cliff-edge” event at the end of the year — such as the presidential election — that will impact import-export strategies due to trade regulatory changes. The likelihood that stocks will build up at different distribution points in the supply chain will add pressure to one- to two-day delivery commitments, so it’s only sensible to start scoping out contingency arrangements. Yet warehouse space in last-mile delivery zones is already at a historical low for many densely populated cities, such as New York and Los
Angeles.

The coronavirus pandemic is threatening a logistical and transportation slowdown. It’s too early to quantify the full impact on production, but devising backup plans is a must. Companies must expect that temporary supplier shifts will become permanent, evaluate current warehouse and fulfillment spaces, and make decisive changes. Some of those temporary stopgaps will become permanent. Good planning will allow businesses to be flexible and keep operations moving in times of crisis.