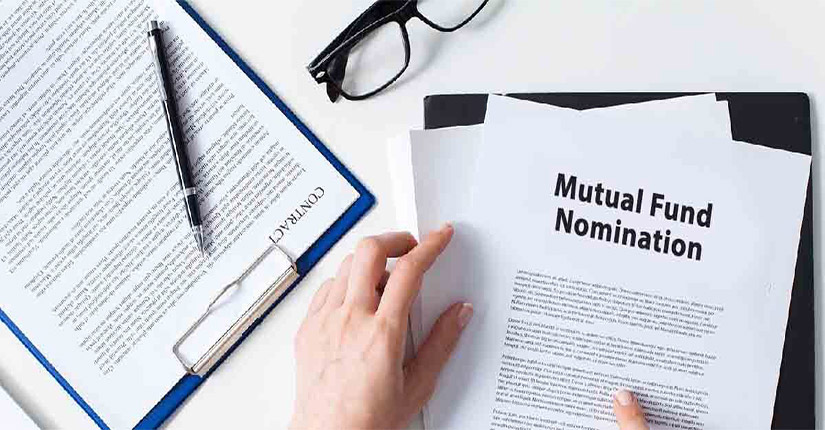 NOMINATION FACILITY
The ability to select someone to inherit the Units they own or the money from their redemption in the case of their death is a facility that allows individual unit holders – including sole proprietors of sole proprietary concerns – to do so.

According to SEBI Mutual Funds Regulations, 1996, Regulation 29A mandates that mutual funds give individual unit holders the ability to designate in the ways outlined in the Fourth Schedule.

WHO CAN NOMINATE?
Only those asking for/holding units on their own behalf, either individually or jointly,
are eligible to nominate.

WHO CAN BE A NOMINEE?
Any individual, including a minor, may be nominated, with the exception of a company/body corporate, partnership firm, Hindu Undivided Family (HUF), society, or trust (other than a trust for religious or philanthropic purposes).

The customer making the nomination must Mention the name and address of the nominee’s guardian if the nominee is a minor.

Subject to the prevailing exchange control regulations, even an Indian citizen who does not reside in India (NRI) may occasionally be a nominee.

The Central Government, the State Government, a local authority, any individual thus designated by virtue of his or her office, or a religious or philanthropic trust may also be nominated.

WHO CANNOT MAKE A NOMINATION?
Nomination is not permitted by a Power of Attorney Holder (PoA) or a guardian purchasing mutual fund units on behalf of a child.

As far as minors are concerned, a guardian is chosen to handle their financial matters until they reach adulthood. After reaching the age of majority, the minor must approve any transactions done through the guardian while they are still a minor. Since the juvenile will have sole discretion after they reach the age of majority, the law prohibits the guardian from serving as a nominee in the same account.

WHO CANNOT BE NOMINATED?
The Nominee may not be a society, company/body corporate, partnership firm, Hindu Undivided Family (HUF), or trust (other than a religious or benevolent trust).

HOW TO NOMINATE?
The nomination may be made at the time of the original application for the acquisition of Units or at a later time.

The applicant may fill out the “Nomination” part on the account opening application form when investing with a mutual fund for the first time. Furthermore, the investor must properly complete the prescribed Nomination form and submit it to the mutual funds or its Registrar’s designated investor service centre in order to register a nomination.

Once a nomination has been submitted, it can be altered at any time and repeatedly.

The unit owner must affix his or her signature to the nomination form (with hand-written signature). Regardless of how the account is operated (by “anyone or survivor” or “jointly”), if the units are owned jointly, all joint holders must sign the
nomination form.

IMPLICATIONS OF MAKING A NOMINATION / CANCELLATION OF NOMINATION
A nomination in relation to the Units does not give rise to a property interest following the death of the Unit holder. Only after the passing of every Unit Holder will the nominee(s) inherit the rights to the units. It should be noted that the nomination does not guarantee that the nominee will obtain any title or beneficial interest in the
property. Only as an agent and trustee for the legal heirs or legatees, as applicable, shall the nominee(s) be entitled to receive the Units.

Upon redemption of units, any nomination with regard to those units is annulled. Only people who possess units on their own account, either alone or jointly, and who originally made the nomination are eligible to cancel it.

When a candidacy is withdrawn, the nomination is rescinded, and the AMC/Mutual Fund is not obligated to transfer the units of any to the nominees.

The mutual fund/AMC will be released from any responsibility towards the estate of the deceased unit holder and his or her successors and legal heirs, executors, and administrators upon the transfer of units or payment of redemption proceeds to a
nominee.

If the Mutual Fund, the AMC, or the Trustee were to suffer any loss, expenses, costs, or charges that any of them were to file, make, or initiate any actions in relation to or in connection with the nomination.

FOR UNITS HELD IN ELECTRONIC (DEMAT) MODE
The nomination information submitted by the unit holder to the depository will be applicable to the mutual fund units held in demat mode as it relates to those held electronically (demat) with a depository. The rules and bye-laws of the Depository shall apply to this nomination, as well as any variations, cancellations, or
substitutions of Nominee(s).

WHY MUST ONE MAKE A NOMINATION?
The Units would be transferred to the account of the legal heir(s) in the absence of a nomination by a Unit holder, depending on whether the deceased person left behind a Will and in accordance with applicable succession law, which involves a drawn-out (and occasionally expensive & burdensome) procedure.

A nomination is an easier and less expensive way to make it simple for your loved ones to quickly and with the least amount of paper claim the money in your bank account, demat account, or mutual fund folio following your passing.

When a unit holder passes away, the nominee must follow certain procedures in order to receive the units. These procedures include completing the KYC process, providing proof of guardianship if the nominee is a minor, and submitting any other
paperwork that may be necessary for transmitting the units in the nominee’s favour.